For religious and archaeological reasons, the most important building in the city of Shopian is Jamia Masjid, located in the heart of Shopian's main market. It has courtyards, vaulted entrances and minarets like Jamia Masjid in Srinagar, but the entire building is only 74 years old.

Spreading over land of nine kanals , it is the second largest mosque in Kashmir after Jamia Masjid Srinagar. 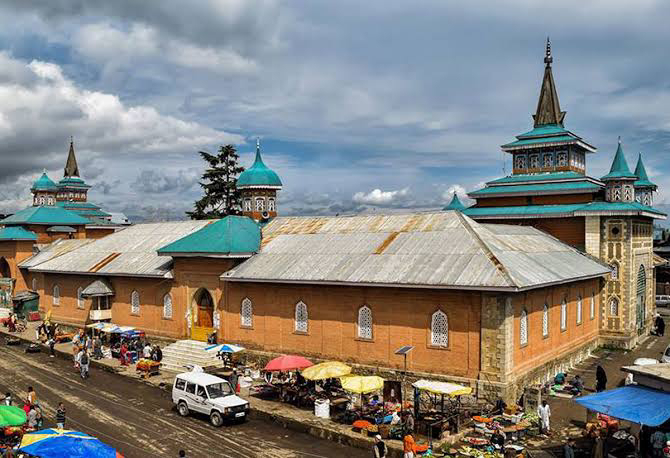 Jamia Masjid is said to have been built during the Mughal period. The Shopian was an important stop on the Mughal road through Pir Panjal, where the Mughals visited Kashmir. The earlier and old mosque was also built on the side of the road at a sloped and dominant height. The mosque has been repeatedly gutted and destroyed.  with Tibetan pagodas, but in contrast, the mosque's floor is straight sloping- covered wih clay spread over the burza. The woodwork inside the mosque was a masterpiece in which Pinjrakari and Jafri were used, and the wood used was entirely deodar. Shopian's modern Jamia Masjid was built by locals with the design and style of Jamia Masjid Srinagar. The cornerstone of this mosque was laid in 1940. It took eight years to build the mosque 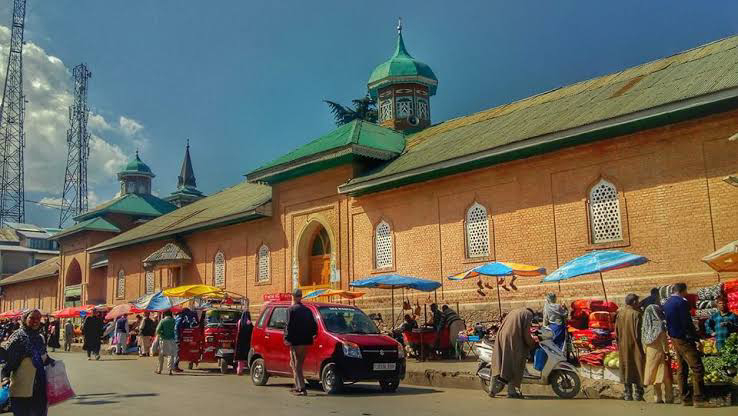 This mosque was built in the 1940's by Ustab Habib Ullah, a carpenter from Srinagar. He was asked to supervise the construction of the mosque. Stones were mined using camels from the vicinity of  Rambiara River. Women donated large numbers of silver jewelry as well as golden ornaments for the construction of great historic mosque. Even marginalized groups of society took part in the construction of the mosque. People worked day and night to build the such a magnificent mosque. The Worker's used to rub the bricks to give them a special finish. The mosque's tower is made of deodar wood and the windows are embellished with geometric designs.The dozens of wooden columns inside the Masjid give it a magnificent look.
Jamia Masjid Shopian is of historical importance and unlike many other monuments in the valley, it is a mosque built by the masses without  the help of rulers and governments. 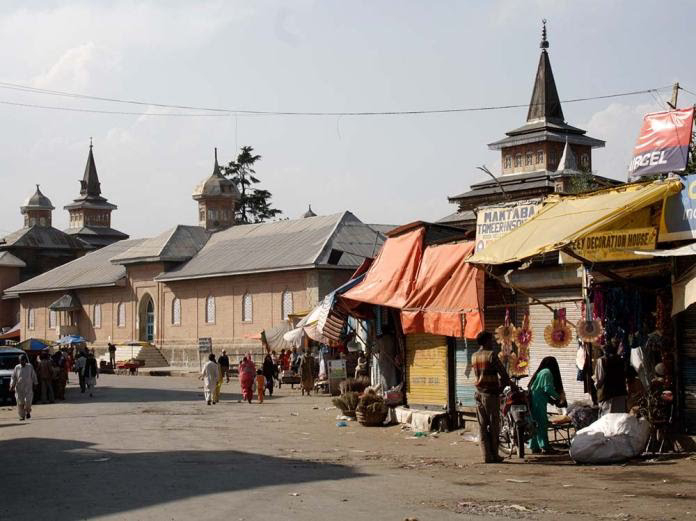 Till December 1987, the Jamia Masjid was purely a Masjid and no Ziarat was present inside its complex. Mirwaiz Moulvi Abdul Hamid, somehow managed one relic hair of Hazrarat Imam Hussain رضي الله عنه as well as one of Syed Abdul Qadir Jeelani. Since January 1988, the same is reportedly housed in the Jamia Masjid, Shopian. However a dispute arises among different sects of religion.Since that day many people (several generations) have not gone to the mosque because of presence of Ziarat.
Recently , Jammu and Kashmir Tourism has recently added Jamia Masjid Shopian to its heritage list.
Copyright © M Taluat

Leave your opinion or any doubt about this article. Don't try to spam, our team reviews every comment.

iMagz is equipped with a landing page that can be used also on the posting page, the design of this template is made simpler but with complete featur…

How To Add Automatic Star Rating Widget For Blogger

How to remove Header Arrow from the Blogger Theme.