The larger spring called Kounsar Nag is the most famous hill spring of the southern Kashmir. Situated over a rocky bed, the spring measures about three miles in circumference. Its waters are blue while ice blocks float in it throughout the year. This is also a historic spring in the sense that famous King of Kashmir, Zain-ul-Abidin (Bud Shah) is believed to be a regular visitor to at the sight. The great king would make sure that each season he spends time at this amazing place.

Besides the lustrous beauty and impeccable glaciers, Kousar Nag is also famous for various curious legends and mysterious stories associated with it. Once Sheikh Hamza Makhdoom, the patron saint of Kashmir is learnt to have sent one of his disciple to this spring who was, the legend says, attacked by the water beast. The saint, who was engaged in some work back at his place, hurled a stick towards a wall exposing blood stains on it. The other disciples were taken aback and inquired about it. The saint is believed to have informed them that the disciple who was sent to the spring was attacked by a water beast while the saint had rescued him by killing the beast. 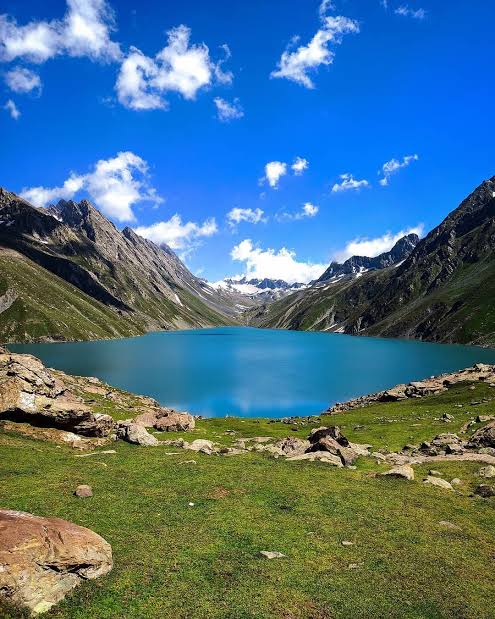 A historic legend accounted by Hassan in his monumental book, Tareekh-i-Hassan also recorded a similar event.

“One of our friends went to bathe in the spring and with little knowledge of swimming he went inside. Suddenly his two feet stopped swimming. We took his turban and tied a stone to it, and threw it over (the water). So he reached the bank by pulling it along with it. Then we saw that an animal had swallowed his feet in his mouth. However, much we tried to injure it with stone, stick and hatchet, it did not have any effect on it, until it swallowed the body of our friend to the knees. So we put wood on its head and lighted it. As it got burnt by the fire a sound like gun-fire was heard from the stomach of the monster. It jumped once into the air and flung itself into the spring. It was destined to die of its own food. The animal resembled a shield (‘Alq). Its length was two cubits and its width at the lower side was one cubit, and towards the head 8 girahs. Its skin was hard and granulated and that is why striking with the hatchet did not have any effect on it.”

I came across it in ‘Historical Geography of Kashmir: Based on Arabic and Persian Sources from A.D. 800 to 1900’ by S. Maqbul Ahmad, Raja Bano (1984) where the writer suggest Hasan must have come across an alligator. However, given that gangetic turtles are found in some other lakes in the Himalayan region, it is more likely Hasan saw a type of a turtle, probably a Snapping Turtle, a creature that is known to survive in icy lakes. 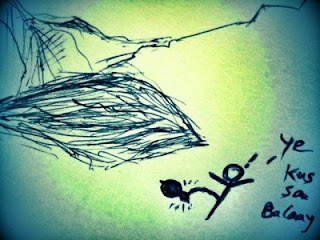 Interestingly, while most Kashmiris now would be able to write tomes about Kausar Nag, its religious significance, its environmental significance and its history, why the war over it is necessary, yet, none can tell if there is (or was) a species of turtle found in the lake, its breeding cycle and diet. We are still busy in chasing the monsters.But there remains a mystery whether the monsters are still living inside the lake or there presence vanished away a very time before.

Leave your opinion or any doubt about this article. Don't try to spam, our team reviews every comment.

iMagz is equipped with a landing page that can be used also on the posting page, the design of this template is made simpler but with complete featur…

How To Add Automatic Star Rating Widget For Blogger

How to remove Header Arrow from the Blogger Theme.